(but which he almost certainly won’t)

Forget about Theresa May’s set-piece Prime Minister’s speech to the Conservative Party Conference tomorrow. No-one, not even normally loyal supporters, expects anything much of it, or of her. Given the utter disaster that her Conference speech was last year, and so low is the bar she consequently has to clear, that just getting to the end of it without major mishap will be success of a kind.

No: today’s the day. The day when Boris supposedly comes clean, sets out his stall, and unashamedly makes his pitch to be both Party Leader and Prime Minister. The day when, in a Conservative Home event scheduled to last from 1.00 pm until 2.00 pm, he makes a speech clearly calculated to be the big event and talking-point of the conference, and upstage May’s predictably pedestrian by comparison effort tomorrow into the bargain.

But the runes aren’t necessarily overwhelmingly favourable. Out in front of the pack with Party members and activists he may be: but in the event that May is deposed, whenever and for whatever reason, he has to surmount the obstacle of a Parliamentary vote by Tory MPs to decide which two leadership candidates are placed before the membership.

And a majority of those 315 Tory MPs are determined that he won’t be one of them. Many purely because they are either closet or overt Remainers, who form a majority of Tory MPs anyway and would oppose any Brexiteer becoming Prime Minister, and others who, irrespective of their Brexit stance, harbour personal antipathy towards Boris for a variety of reasons, some arguably justified, but others less so.

So rather than tilting at an immovable windmill, a shrewd Boris should box clever, and confound both expectations – and his enemies – by doing the completely unexpected.

He should start by repeating the essence of his resignation speech, namely its forensic, entirely policy-focused, criticisms of May’s Chequers Plan approach to Brexit and which were careful not to attack May personally, and its plea that it was not too late for a different, more robust approach more in tune with the desire expressed by British voters via the Referendum result for clear economic, judicial and political separation from the EU’s institutions. 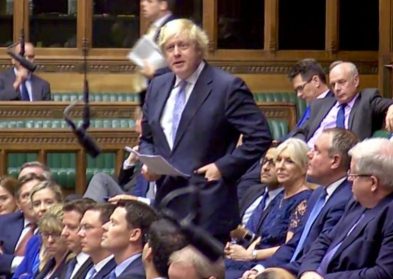 He ought then to go on to note regretfully how this hasn’t happened, with not only the eminently foreseeable result of the EU’s peremptory rejection of Chequers despite even more concessions, but its accompaniment by the intransigent Eurocrats’ contemptuous and malevolent humiliation of May personally.

And then continue by expressing his sorrow at how, despite other and better Brexit plans being available, the Prime Minister has inexplicably persisted in sticking to her Chequers  Plan, despite its manifest flaws and unpopularity.

He should then turn to the Conservative’s non-Brexit difficulties. It’s deeply disturbing, he should say, that extreme-Left Corbyn socialism appears to have been allowed to somehow gain such a foothold among the electorate, despite the abundance of evidence from everywhere it’s been tried that it doesn’t work: that the Tories are out-polling Labour by barely the statistical margin of error in polling: that the business presence at a hard-Left Labour Party conference was notable for its extent: and that anticipation of a Corbyn government is as high as it is. 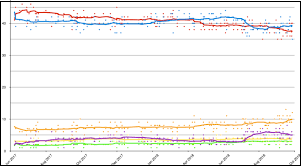 He ought then to follow this up by noting ruefully the present leadership’s seeming inability to come up with any significant counter to Corbyn’s apparent appeal by forcefully making the arguments for a smaller, less-activist state and freer markets, and by devising innovative supply-side solutions to the housing and elderly-care crises, but resorting too readily either to negative scaremongering or watered-down versions of Corbyn’s own policies.

And then conclude, with infinite regret, that he’d come to the inescapable conclusion that the current leadership was unlikely to reverse this trend, so that however reluctantly, he could see no other option than a change of helmsman.

This is the point at which Boris should drop the bombshell that no-one’s expecting.

He should say that he’s aware of his own shortcomings: that he accepts that his colourful and occasionally chaotic, even louche, private life is a turn-off for many people: that he acknowledges he’s almost certainly temperamentally unsuited to the mundane attention to detail that the highest office demands, even of those once thought capable of handling it: that he recognises his limited appeal among his MP colleagues: and that, consequently, while convinced with regret that a change of leadership is inevitable both for Brexit and domestic political reasons, he personally would not be a candidate.

But follow this immediately by a declaration that he pledges himself to exploit such popularity as he does enjoys with the Party’s grassroots and activists, and the wider public, to campaign up and down the country for a committed Brexiteer putative, and hopefully actual Prime Minister. 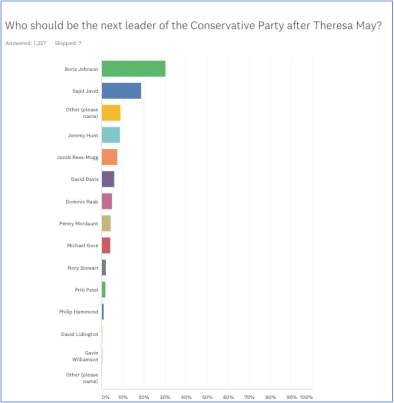 And subsequently support him or her, in the capacity of Party Chairman, to lead the campaigns both for a proper, not ersatz, Brexit and the defeat of Corbyn. Because if May falls, the hapless Brandon Lewis will fall with her, and there will be a vacancy.

With this strategy, Boris would at a stroke destroy the main objection to a change of Party Leader and Prime Minister: that he seeks that change only as a vehicle for his own vaulting ambition. He would eliminate the obstacle of Tory MPs who, though they might be open to May’s replacement with a Brexiteer PM, wouldn’t support it if it meant Boris in Number Ten.

He would negate the disadvantage of his own mercurial temperament by deploying it in a role for which it’s far more suited. He would in effect have loaded the rifle, aimed and cocked it, but invited a more popular and accurate marksman to pull the trigger and fire it.

This strategy and that speech would throw May and her soft-Brexit acolytes, anticipating a straight-out leadership challenge from Boris, right off balance. And it would provide a Conference talking-point like no other. It might even make Boris go down in history, as the statesman who secured Brexit by sacrificing his own ambition for the sake of the cause.

One thought on “The Speech Boris Ought To Deliver Today”