Note: Amended, longer and updated version of the article originally published at The Conservative Woman on Saturday 12th January 2019

Both the Cock-Up and the Coincidence theories of history – especially where the history, even the very recent one, of politics is concerned – are usually more persuasive than the Conspiracy theory of it. But you’d surely have to be very phlegmatic about it indeed not to wonder if the astonishing convenience, for the Remainer Establishment-Elite’s anti-Brexit cause, of this week’s events in and around Parliament can be put down entirely to coincidence.

First, the largely synthetic outrage at last Monday, 7th January’s, “far-right Brexiteer attack” on Anna Soubry. Now, she’s on record, while being interviewed by Sky News’ Kay Burley on an earlier occasion, as calling even mildly protesting Brexiteers outside Parliament “racists and fascists”. . .

There were some very odd aspects about this “attack”. The perpetrators were in fact a minuscule bunch of merely obnoxious rather than menacing name-callers, naturally reviled by Remainers, but also disavowed by many Leavers as embarrassing to the overall Brexit cause: and from the videos I’ve watched, there’s precious little, if any, evidence to support in any way whatsoever Soubry’s implied allegations that she was physically assaulted, or even that she was impeded.

Just who – or what – was the man in the black jacket appearing to take quite a prominent role, but also captured on smartphone video filming speakers and hecklers at Speaker’s Corner just a day or so earlier? And then filmed slipping something into the pocket of Soubry’s minder, who was just in front of Soubry, as he appeared to accost him but then drew back in what (at 00:48) looked like a classic Le Carré brush-pass?

No such questions of course troubled the media, which, with the BBC as usual in the vanguard, seized the opportunity provided by the incident to run an anti-Brexit slant at the top of virtually every news and current affairs programme for the next 24 hours. The tenor of it escalated rapidly to imply that every single one of the 17.4 million people who voted to leave the EU was a dangerous and potentially violent street-thug, prevented from visiting physical harm upon our impeccably-democratic legislators only by distance, the public-spirited consciences of aforementioned Olweole and Jones, and the fearless vigilance of the impartial media like themselves.

Anti-Brexit MPs (and that’s most of them, remember) soon joined in. Dozens of MPs demanded better police protection – protection, that is, from people for whom hurling a few intemperate epithets at manifesto-overturning politicians is about the last option they still have left, now that their democratic vote, which, they were assured would be implemented, is being blatantly ignored and even overturned.

Unsurprisingly, most of the MPs condemning the protesters for yelling “Nazi” and “Liar!” at Soubry have themselves uttered hardly a word of condemnation as 17.4 million Leave voters have been called that and much more for 2½ years. Where were those dozens of MPs now demanding that the Police provide better protection for them when Jacob Rees-Mogg’s and his young family were similarly insulted, threatened and intimidated by thuggish hard-Left protesters?

They have found it quite acceptable for Brexit voters to be dismissed as racist, fascist and xenophobic by Remain-backing, left-‘liberal’ metropolitan middle-class journalists in elegantly-crafted columns in The Guardian: yet when uncomplimentary labels are aimed at them by gruff working-class types in rough-sounding speech, they deem that to be a threat to their own security. The hypocrisy and double-standards there were, and are, nauseating. 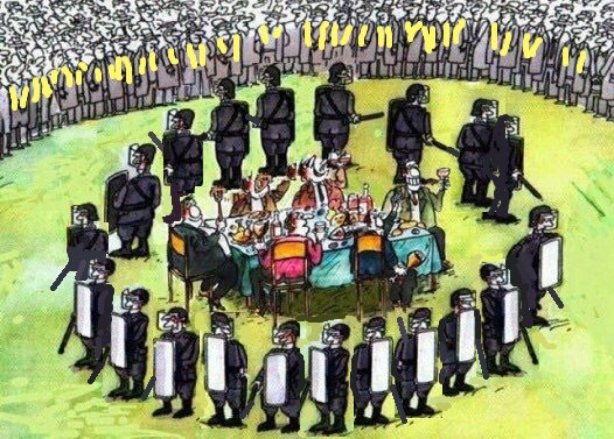 UPDATE: After first publication of this blogpost at The Conservative Woman, the alleged leader of the anti-Soubry protest, James Goddard, was arrested on suspicion of a public order offence. Some aspects of this are disturbing.

Firstly, Soubry was clearly neither assaulted nor even impeded. Secondly, Goddard may not be either an elegant or eloquent orator, but if calling politicians liars, or the same things with which Soubry herself regularly damns her political opponents and her critics, are public order offences, then we are all at risk.

Thirdly, though possibly wrong, I was under the impression that an arrest under the Public Order Act must take place immediately a possible breach of the Act is apprehended: not 5 days later after political pressure has been exerted. And fourthly, as was pointed out by Spiked‘s Brendan O’Neill:

“What kind of country criminalises the insulting of politicians? An un-free one. Speech should never be a police matter. Including heated speech, angry speech, protesting speech. . . .however unpleasant it might have been”.

Fast forward now to Wednesday 9th January’s Parliamentary shenanigans, which revolved around the Business Of The House motion tabled by the Government covering the procedure for – not the substance of – the second stage of the Commons debate on Theresa May’s misnamed “Withdrawal” Agreement. Business Of The House motions are not amendable, although some MPs do try it on, and a significant body of Parliamentary precedent exists to support the convention.

Out of several attempted amendments to Wednesday’s Business Of The House motion, Speaker Bercow, quite properly therefore rejected three. He then chose, however, to accept one – that tabled by resolute anti-Brexiteer ‘Conservative’ Dominic Grieve, the effect of which was to require the Government, in the event of Theresa May’s “Withdrawal” Agreement being defeated – as it almost certainly will be  – when it comes to a vote in the House next Tuesday, 14th January, to table an alternative Brexit plan within just three Commons sitting days, and the intention of which was to eliminate any possibility of a No-Deal Brexit by the Government simply running down the clock until 29th March.

Bercow accepted the Grieve amendment against not only both Parliamentary precedent and the sound arguments put forward in numerous Points of Order, but also against the legal/constitutional advice of his own Parliamentary Clerks, whose expertise on this subject is acknowledged by all sides of the House.

It was as if Bercow, whose has scarcely bothered to conceal his contempt for the Brexit vote even when sitting in the supposedly-impartial Speaker’s Chair, had been waiting for his big chance to scupper any possibility of a WTO/No-Deal Brexit, and, courtesy of Grieve, seized it.

What another remarkable coincidence. One of the normally-rejected amendments to a Business Of The House motion just happens to be put forward by arch-Remainer Grieve, and subsequently just happens to be allowed and not rejected by Remainer Bercow.

Just three weeks previously, Bercow had summoned the Government to the House to demand that it make its highly-adverse legal advice on May’s BRINO-Deal public. On Wednesday he refused to make his own Clerks’ legal advice on procedure public, and moreover physically made off with it. Despite stiff competition in the current Parliament, it’s hard to imagine any greater, more blatant, hypocrisy than Bercow’s.

The Grieve amendment was passed with the help of 17 of the usual ‘Conservative’ Party suspects who persistently parade with pride their Continuity-Remain credentials, and who find no problem in voting against the manifesto on which they were content to stand for Parliament and get elected.

And who, in addition, eagerly participated in arguably the most nauseating spectacle of a nauseating week – the blatantly anti-democratic diehard Remainers on both sides of the Commons aisle gloating how, courtesy of Bercow and Grieve, they have taken back control of Brexit for Parliament from the Executive, and boasting disingenuously that, after all, they’re only doing what Leave-voters claim to want.

Which is arguably the foulest lie of the lot. We voted for Brexit in order to leave the EU and thereafter have our affairs decided by Parliament as a consequence of having left: not to give control to Parliament to let it override the Referendum decision and not leave at all.

UPDATE: It emerged on Sunday 13th January that the remarkably-convenient coincidence, for the Continuity-Remainers’ anti-Brexit cause, of Speaker Bercow just happening to select Grieve’s No-Deal Brexit wrecking amendment as the one with which, against the professional advice of his Parliamentary Clerks, to break long-standing Commons precedent via procedural chicanery, was in fact no coincidence at all, but pre-arranged collusion. Grieve and Bercow, it was revealed, had met in secret just hours before the Speaker allowed his wrecking amendment.

Grieve also emerged as the instigator and ringleader of a Remainer backbenchers’ plot to seize control of the Brexit Parliamentary and legislative processes, via changing the Commons debating rules so that motions proposed by backbenchers would take precedence over government business. That would enable MPs to suspend article 50, put Brexit on hold, and could even lead to the referendum result being overturned. Once again a prior meeting between Bercow and Grieve figured in the revelations.

If both stories are true – and there seems no reason to believe that they aren’t – then Bercow’s action, taken against the advice of his professional Parliamentary Clerks, in overthrowing Commons precedent to allow Grieve’s anti No-Deal Brexit wrecking amendment to the Government’s Business of the House motion, was merely just the enabler, the facilitator, the device by which the route to ensure the killing-off of Brexit by Remainer-majority backbenchers was prised open. Not so much a procedural innovation as a constitutional coup d’état.

Far from merely wondering whether this past week’s events were had been pre-scripted, to contemplate otherwise now looks impossible.

2 thoughts on “Just Very Auspicious Coincidences? Or Something More?”